The isolation brought on by the pandemic has taken its toll on many of us, me included. As a result, rather than seeing the glass half full as I once did, I became a list maker of tiny gripes: endless emails, bad drivers, unreturned phone calls and year-late healthcare bills topped my list.

Thankfully, it didn’t take long to realize that focusing on the negative wasn’t helpful. So I recruited a “bliss buddy” with whom I began sharing what I was grateful for: the beauty of nature, the kindness of strangers and the compassion of friends made the list often.

So did my sister Karen who, for the past 152 days, has sent me a text each morning to remind me that I am both loved and lovable. Her kind words have become the background music of my days, often uplifting my spirits before I even realize they need it.

Here are four other things I am especially grateful for this Thanksgiving:

What are you grateful for this Thanksgiving? Please share.

Tutoring adult immigrants in English invariably leads to explaining American culture. Since it’s November, we have been discussing Thanksgiving. We talk about the pilgrims being hungry because there was a bad harvest. Our textbook includes illustrations of Native Americans introducing the pilgrims to local foods. I describe a traditional Thanksgiving meal. When I ask if they and their families will celebrate Thanksgiving, most of them shrug. They find it hard to relate to pilgrims or our Thanksgiving rituals.

It isn’t because the immigrants aren’t grateful. They are. Grateful to be in the U.S. Grateful for opportunities and the ability to live in relative peace.

It’s hard for my students to understand why roast turkey is the centerpiece of a celebratory meal. They are familiar with chicken seasoned with cinnamon, coriander, and tumeric in a tagine. Or chicken and vegetables made with garam masala. Chicken spiced with hot chilies and added to posole soup. Chicken stir-fried with ginger, pea pods, and bok choi. But slabs of dry, tasteless turkey?

Many native-born Americans aren’t excited about turkey either, as evidenced by endless recipes centered on making it palatable. A whole industry (how-to articles, turkey hotlines, menu planning and recipe articles) has sprung up to help cooks successfully prepare this old-fashioned meal.

It’s hard to connect with a tradition that began almost 400 years ago.

Our lives are very different from those of the pilgrims. For native-born Americans and immigrants alike, the first Thanksgiving in 1621 is just a picture in a book. The pilgrims’ reality that a poor harvest could lead to starvation is only theoretical to most Americans. We associate hunger with running out of money before month-end.

Except for farmers and ranchers, most of us don’t harvest anything. We don’t kill the animals or fish we eat unless we’ve chosen to hunt and fish for sport. Those of us who grow vegetables do so because we enjoy the work. When we do raise the food we eat, it’s a choice, not a necessity.

Going into a bog to gather sour red berries for a side dish is also hard to imagine. The pilgrims must have been pretty hungry to go to the trouble, especially since cranberries require a lot of sugar to be edible, and oranges weren’t readily available.

Squash may be the only part of the meal that my students can relate to. Africans, Indians, Pakistanis and some Central Americans eat squash. They don’t usually cook it until it’s mushy, flavor it with sugar, nutmeg, and cloves and bake it into a pie, though. Aside from foodies, most native-born Americans wouldn’t bother harvesting and processing pumpkin for pie either. Pumpkin is something that comes in a can and costs less than $2.00. Why work that hard?

Although the connection to pilgrims and the foods they ate is tenuous, native-born Americans are willing to eat roast turkey, cranberries and pumpkin pie, because we grew up with them and they’re traditional. However, that menu is unfamiliar and unappealing to my students.

I reduce Thanksgiving to the basics to help my students identify with it.

I tell them that the pilgrims were immigrants, too. Life in America was harder than they expected. They were hungry. The people who lived here—Native Americans—helped the pilgrims. The pilgrims learned to eat odd foods so they wouldn’t starve. It’s good to gather with family and friends, eat good food (whatever that may be), and give thanks for what you have.

We all agree that we have many things in our lives to be grateful for.

The WordSisters are grateful for you. 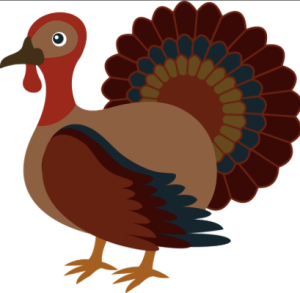 We’re grateful for all of our readers. We hope you’re spending the day with people you love.

I was surprised when my friend Lisa told me she kept a gratitude journal. On the face of it, she had little to be grateful for—stomach cancer had returned and spread to her esophagus, chemo was nauseating and exhausting, and worry was ever-present. Lisa acknowledged that sometimes it was hard to find something to be grateful for. Some days all she could write was that she was grateful she didn’t snap at her son or grateful for a sunny autumn day.

At the time, my freelance writing business was on its last legs, and I had been looking for work unsuccessfully for months. But I figured if she could focus on what was right and good in her life, so could I.

A few entries from December 2009—
I’m grateful for my writers’ group—women who believe in my story and my ability to write it.

I’m grateful for my youngest son Greg’s silliness—he crammed his 17-year-old body into a tiny Pokeman t-shirt he’s had since 4th grade and walked around the house singing, “I’m too sexy for my shirt!”

Written on a day when my oldest son Mike had returned from college for Christmas break and my husband John was preoccupied and frantic about work when Mike arrived—
I’m grateful for Mike’s maturity and wisdom. When I asked if he minded that John couldn’t spend much time with him tonight, Mike said, “He’s working his ass off to make my life and all of our lives better and nicer, and nobody really asked him if he wanted to do that, so No, I’m not hurt he didn’t have much time.”

From February 2010—
I’m grateful for John. He brought me flowers and said he appreciated that I didn’t complain about his lack of availability while he was under deadline for a grant proposal. I never thought to complain—I felt guilty for not pulling my weight financially—but I enjoyed being appreciated.

I’m grateful for Greg who nudged me to put together a celebratory dinner for John to mark the end of proposal hell. I’m grateful to have such an easygoing cooking partner. He stirred the polenta endlessly while I finished the sauce for the beef short ribs.

Cranky, mostly cranky. I’m not grateful for my hives or my migraine or my touchy tooth or my dog who vomits when she gets too hungry or my carpet cleaner that leaks and makes cleaning up after the dog even worse. But in the grand scheme of things, these are temporary annoyances (except for the dog—I’ve got to figure that out).

Although I no longer keep a gratitude journal, I am grateful for idea of it, and I’m even more grateful for Lisa’s friendship—she gave me so much during the 10 years I knew her.

If I were still keeping the journal this Thanksgiving eve, I’d say—
I’m grateful for my family and that we all can get together for this holiday. I’m grateful for my wise, fun-loving, generous Dad whose birthday is tomorrow. If he were here, he’d love having the family in one place, all the jokes and stories, the good food, and Pete’s excellent wine. He’d sit at the counter and “supervise” while I carve the turkey, and he’d enjoy the piece I’d hand him—a juicy hunk from close to the bone.