This month marks WordSisters’ three-year anniversary. To celebrate, we’re sharing a selection of blogs—our favorites and yours. 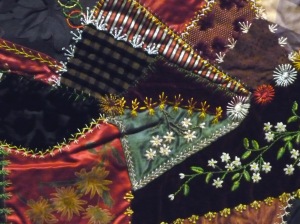 We hope our new readers will enjoy getting to know us better. If you’ve been reading WordSisters from the beginning, we hope you’ll enjoy rediscovering some of our perspectives on parenting, families and relationships, working women, and the writing life.

My friend C. mentioned that after years of freelance writing, she was interviewing to be a marketing communications manager—a position she’s eminently qualified for. During the preliminary phone interview, the interviewer expressed concern that C. wouldn’t be satisfied with being a mid-level manager. We both burst out laughing and couldn’t stop. More

The Perils of Being a Writer

I look down at the writing on my laptop and immediately know what happened. There in black and white it says Antonio and Crystel aren’t my children….More

I started Tae Kwon Do, at Kor Am Tae Kwon Do School when I was 50 years old. Yes, it was an age thing, time to do something new, challenge myself, and show the world that I’m really not all that old. More

Competing with Friends for Writing Awards

Earlier this month, I applied for an Emerging Writer’s Grant and a Loft Creative Prose Mentorship, knowing full well that I’m competing with my good friends for these honors. I really want to win. So do the women in my creative nonfiction writers group. More

Your Moms Can Get Married Now

I imagine someone at school saying that to Antonio and Crystel and them responding, “Huh?” As far as they are concerned, we are already married, and Crystel, much to her chagrin, wasn’t a part of the wedding that we had before she and Antonio came home from Guatemala. She can hardly believe that we had a life before them. More

As I walk into the skilled nursing center where Mom is rehabilitating, I see other women like myself and think, “God bless middle-aged daughters.” We’re the sensible, competent women who make it all happen. More

When we launched this blog, we envisioned making new friends and sharing our perspectives. But the reality of our weekly conversations with you has exceeded our expectations. Thank you for reading WordSisters and sharing your thoughts!

Recently I had dinner with my friend C., who mentioned that after years of freelance writing, she was interviewing to be a marketing communications manager—a position she’s eminently qualified for.

She confided that during the preliminary phone interview, the interviewer expressed concern that C. wouldn’t be satisfied with being a mid-level manager. Perhaps C. would be uncomfortable taking direction from the younger director of the organization. C. paused during this anecdote, with her eyes wide and eyebrows raised. We both burst out laughing and couldn’t stop.

“Being the director is the last thing I want! I just want to do the kind of work I’ve been doing . . . but someplace else. For me, learning the rhythms of that office will be challenging enough,” C. said and paused for a sip of white wine.

“I know! I just want to do interesting work with coworkers I like and be respected for what I know,” I said.

I’m not sure when I lost my ambition for climbing the corporate ladder, but it’s been gone for a while.

Even saying that feels odd. I have always cared about my career, and I’ve gone to some trouble to have one (got a graduate degree, made several cross-country moves in pursuit of jobs, been a working mother). But I simply no longer have a driving need to be promoted. Unlike Sheryl Sandburg, who encourages working mothers to be all they can be career-wise (see Lean In), I leaned back a long time ago.

When I was in my 20’s and early 30’s, my career was my main focus. But my priorities broadened after my sons were born. Instead of pursuing a classic corporate marketing or ad agency path, I launched my own freelance writing business. Would I have made different decisions if the workplace had been more flexible? Maybe. But having my own business worked well for me—

a) It gave me the flexible hours I wanted when my sons were growing up so I could be a bigger part of their lives. They spent fewer hours in daycare. In the summer, I’d occasionally knock off early and we’d go on excursions—the beach, the zoo, or the park. When they were sick, I’d be home. I still had deadlines and needed to work late after my husband returned from his job, but it was easier to manage. Plus, I could volunteer at their school and go on their field trips.

b) With half a dozen clients, I could have the creative variety that’s often lacking for ad agency copywriters. Instead of being the head writer on the agency’s Visa team, I’d write for Land o’ Lakes, Visa, Radisson, Medtronic, Sears—whichever account was active that week.

c) As a freelance writer, I had more free time to write personal essays and memoir pieces—the kind of creative writing I’d always wanted to do.

I made choices that supported the life I wanted; my decisions did not advance a traditional career path.

Shortly after my second son was born, while I was still working full-time, I was offered the opportunity to be promoted from senior copywriter to associate creative director. It was hard to say no—at that point I still had traditional ambitions and wanted to advance. But I turned down the promotion, because between work and family, I was already at or beyond full capacity. I simply didn’t have the energy to do more and to do the job justice.

Several years ago, I chose to leave my freelance business behind (it stopped being as much fun and my sons were grown) and take a part-time job writing marketing communications for a children’s hospital. I’ve had several chances to go full-time and get back on the classic path to career advancement. Ambition flickered in my heart. I briefly heard the siren song of advancement, “You’ve got more in you–you’d be good at that job.”  But I leaned back again.

I have other goals and responsibilities now—

b) Having fun with my husband who recently retired

As I told C. during dinner, “Hiring managers don’t have to be so worried about Baby Boomers. A lot of us don’t want to take over anything. Work is just one of the things we care about. We have a number of priorities.

C. and I raised a toast to that reality.