For weeks I have noodled around the idea of posting a simple list of the people, places, abilities, things, conditions, blessings to bring meaning to this year’s Thanksgiving day.  An introvert with a history of over thinking added complexity to the simple list. Capturing one hundred reasons to be thankful posed a bountiful problem: Do I capture family as one listing or name everyone? The same thought rumbled around for friends, for neighbors, and friends who play multiple roles. Should individual writers be called out or tumble them together. And what about music? Does the list become trivial with additions like homemade caramels and fresh popcorn? What about specific brand call outs?

My expectations for this Thanksgiving were not very high. It is a holiday that traditionally is celebrated by all of us in the U.S. The slow slog toward a nation divided topped by the trauma of impeachment hearings had me dragging my feet while approaching the common table. Friends do their daily grateful lists, but that habit didn’t stick any better than water exercise or keeping a drawer of perfectly rolled underwear ala Marie Kondo.

The nerdy spreadsheet used to record one hundred reasons to be thankful could be filled with the names of people, pets, foods, books, music and such to flesh out section and become quite a document. My self-editor is constrained by assuming you would want to be amused or impressed if those columns were offered. Many of us have a richness of reasons to be thankful—love, family, friends, a place to call home, jobs, talents, faith, a beloved nation. And responsibility to extend another’s list. Needs extend 365 days a year.

The father of my best friend Robin owned a tool business franchise which provided two young girls with opportunities to fill bins in his wonderful red truck, to bake cookies he could share with customers, and access to dozens of interesting empty boxes.

Robin attended 95thStreet School and I went to parochial school, but we had matching pencil boxes in our desks. Most kids found a source for cigar boxes, but we had decorated paper boxes not needed in his truck into unique containers with compartments for pencils, color pencils, scissors and such. We didn’t know each other’s school friends, but we shared something deeper: hours of playing with Barbie, Midge, Skipper and Ken in wonderful houses, stores, airplanes and schools constructed out of even more empty boxes.

When the weather was cold, Robin’s basement became a town for an afternoon of play. Her Barbie had a flight attendant outfit, mine had a tailored suit. We shared a plastic pseudo-Barbie car that took one to the airport and the other to an imaginary office. Neither of us knew anyone who worked in an office or flew on planes so eventually the story turned back to all the dolls sitting at little box desks with one Barbie, attired in a skirt and sweater, called teacher.

Robin had an older sister and we both had moms so we knew real women weren’t built like our Barbie crew, but we didn’t know flight attendants, nurses, doctors, brides, or girls who wore wonderful ballgowns. Our parents didn’t buy us Barbie’s plastic house or bedroom furniture, but Robin’s dad shared tape and scissors and boxes to build furniture and a variety of workshop towels to make blankets. We stood next to him in his wood working shop as he made small frames and blocks that could extend our Barbie furniture building. We learned how to sand.

Our Barbie phase lasted less than a year, a simple time when we creatively explored, built and did what kids are supposed to do. Parents helped feed our play then stepped back. And we did okay. And I wish I could say thanks to Robin’s father and all the other parents who stepped out over the years with camping trips or garden planting or an evening at the opera to expand the world beyond the girl toys of Barbie and her crew. And those who do that today as  they parent another generation of kids. 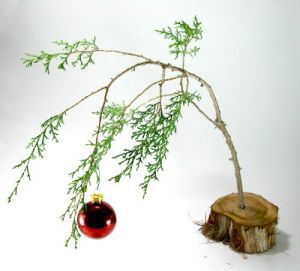 Jody and I have a dilemma. Our kids have Christmas all year long. They don’t want for anything.

Well, of course, they have a Christmas list. But … Antonio won’t get a hoverboard. He won’t get an upgrade to his iPhone 6. And, Crystel will have to wait to meet Ellen DeGeneres.

Jody and I created our own problem. We don’t wait for holidays or birthdays to gift them.

Antonio needed cross country boots and skis for Nordic skiing. We went to Sports Authority, our default store. We learned that they do not carry cross country boots or skis. While there, I encouraged Antonio to pick out five pairs of sweat pants and tops, his default clothing of choice. I had noticed his pant legs were creeping up. In my day, they called those “high water pants.”

Then we went to Dick’s, and they also didn’t have what we were looking for but they had socks for Antonio.

Finally, at REI we purchased the cross country boots, which we would end up returning because they were the wrong style. Still, while we were there I encouraged Antonio to pick out some dehydrated meals to try at home – anticipating his Boy Scout trip to Alaska in August of 2016.

The original purpose of our trip would prove fruitless yet bountiful for Antonio.

I mentioned the ‘Christmas all year long’ concept to Antonio and Crystel.

Though they didn’t disagree, they were not wild about my conclusion. I suppose they imagined a bare tree. Not hard to do when there isn’t even snow on the ground in Minnesota.

Still there has to be something under the tree for them. Something they don’t yet want.

Then there it was – snow boots. They need snow boots. Antonio will be taking a couple of winter camping trips with the Scouts. And Crystel’s no longer fit her.

This may be the biggest surprise of all on Christmas Eve, since its December 21, 2015 and there is no snow on the ground in Minnesota.

I used to tease Crystel that I was going to give her seven American Girl dolls to the nursing  home. But, it really wasn’t teasing. “Why do you need so many dolls?” I’d ask.

One of my first jobs was as a nurse’s aide in a nursing home. I recall women lovingly stroking a doll’s hair, cradling the doll, and putting the doll to sleep. The doll was like her baby. I thought, what better home for these 18 inch life-sized dolls of Crystel’s?

When the children were young, their giving amounted to them filling up a paper bag with toys to give away before they could get a new toy. “We have to make room,” I’d tell them. From there we moved on to going through their closets and dressers to give away clothes they had outgrown.

Antonio and Crystel are 13 now.

Recently, Crystel joined me at the police station. She was assisting me with maintenance on police cars. This amounts to going through a check sheet to make sure all the bells, whistles and lights work on the cars and that there is a teddy bear in the trunk. Teddy bears help police officers relate to youngsters after car accidents, domestic violence, and abuse. I had explained this to Crystel. She decided that she’d add one of her Monster Dolls to each teddy bear. It intrigued her that some random person would get her doll.

A couple of weeks after that Crystel decided that we could give away a doll crib and American Girl doll hair salon chair. I walked the items over to our neighbor. She had a visitor. The visitor’s eyes lit up when she saw them. “I might have an American Girl doll to go with these,” I told her. “I’ll have to check with Crystel.”

Crystel brought out Molly. She sat on the floor and carefully changed Molly’s clothes. She wanted her to be dressed in the same clothes that she had come to her in from the American Girl doll store. I couldn’t help but think how similar this looked to Jody and I bringing Crystel home from Guatemala. Crystel and I talked about that as she was straightening out the pleats of Molly’s dress and picking out an extra outfit for her.

After brushing Molly’s bangs, she straightened out the red ribbons that held her braids tight.

We walked across the street and knocked on the door.

Crystel handed her doll to the lady that neither of us knew. The woman wiped away tears. She said that she hadn’t worked for a few months because she had been caring for her sick mother. In doing so, she didn’t get paid and was worried about what she was going to give her granddaughter for her 5th birthday and for Christmas. That was until Crystel gifted her.

The following week Crystel went to the Mall Of America with Jody. I was shocked when she came home with new outfits from the American Girl doll store bought with her own money. I thought we were giving away American Girl dolls and their clothes, not buying more. Then Crystel explained, “I’m going to take a doll to Guatemala on our next trip to give to some random person,” she said. “I want the doll to look nice.”