Have you ever been unable to forgive yourself for a past action? Your do-over was never enough? Your action, or in my case inaction, continued to pain and haunt you? Prayers and wishes didn’t subside the memory.

I had one such pain.

Aunt Kate asked me to meet her at a funeral home. A dear friend of hers had passed away. I told her I would. I didn’t show. I had plenty of good reasons. I was in my early twenties, had worked all night. I was just plain tired. I needed sleep. I could hear the sadness and disappointment in her voice when she said, “You didn’t come.” I pictured her sitting by herself waiting and waiting for me.

Of course, I told her I was sorry. I could never get over not showing up for her. She never asked for much, if anything, from me or anyone else. I had more fondness for Aunt Kate than I did my mother. Her constant love continues to sustain me although she’s been dead for over 32 years. It’s her that I want to greet me on the ‘other side’ when I die.

I know she forgave me. I never forgave myself no matter how many little pieces of paper I threw into the flames on Solstice or New Year’s Eve.

Every day, I do a do-over. And, it finally feels good enough. It didn’t start out as that. It started out as one neighbor helping another.

On Halloween, sitting around the fire bowl on our block, I listened as our neighbor said he’d be driving north for a week to his cabin. His wife, who is in her eighties, would be by herself. I imagined her falling in her kitchen and no one knowing. I asked her if she’d like to start taking a daily walk.

She often told me on our strolls that I was the only person she had talked to that day. COVID-19 had pushed her further into isolation. She didn’t like to walk by herself and wouldn’t, but she would walk with me. Sometimes, I’d bring our two dogs and hand her one leash while I grasped the other. The dogs began to greet her like family. At other times, Jody would walk with us while the neighbor and I chatted.

Our conversations were generally the same: the weather, the home and garage projects in the neighborhood, and what our families were doing. I never tired of it.

After her husband came home our walks have continued. She has become my companion.

I sense Aunt Kate’s spirit when we walk. I know she’s pleased. I know she’s happy. I have a different image in my mind. She’s not sitting alone in the funeral home waiting for me. She’s walking beside me.

Diabetes and heart disease roll through my family history. A past generation stopped farming, but kept eating three squares plus in-between all with a strong coffee. They dropped eating pie at ten and two, but substituted snack foods. Then there were the midnight suppers on card club nights. Three bowls stood on the table in our family room: nuts, pretzels, and chocolate kisses. Somehow I was a skinny kid and stayed that way into my mid-twenties.

One grandfather was tall and thin, one short and wiry. They ate substantial food and drank a fair amount of alcohol. Then there is the picture of my mother’s mother with two of her sisters. They were all in their late forties and belts in the middle of their dark dresses suggested they once had had waists.

Pregnancy brought gestational diabetes my way. For seven months I managed my nutrition with extreme care. The rewards were simple: a healthy baby and no need for insulin. The years since have not been worth noting. I stay physically active. I stay away from excessive eating, alcohol, and eat a relatively balanced diet. But I eat too much, have just recently scaled back carbohydrates and sodium and given up French fries. My doctor wouldn’t call me stout, but said I had muscle structure that meant I’d never be thin again.

Having lost sixty pounds in his forties, my father watched everything he ate to manage diabetes and congestive heart failure. If the scale was up two pounds he reviewed the prior day and made adjustments. That was his daily discipline for decades.

I watched his diligence with admiration and an increasing sense of doom. But I have to admit that as he began hospice and food restrictions were lifted the message was odd: Now that you’re too frail to make it to the dining room, too tired to sit with your family or friends, too confused to enjoy an old favorite meal, eat whatever you want. All those gooey caramel rolls, omelettes, steaks, grapefruits, glasses of orange juice he had given up over the years; all the notebooks he filled with blood sugar levels, calorie counts and sodium amounts; helped prolong his life. Food could have killed him.

The only living member of my birth family, I wish the lessons learned as my brother and parents passed were enough. On a daily basis, treat food as fuel, don’t confuse eating with comfort. Now. It’s a statement about self-worth and the larger hunger for more good years. 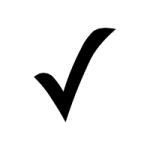 Raising my children has made for a lifetime of do-overs.

The closest I came to attending a high school dance in my teens was stepping just inside the entrance doors. A younger brother asked me to go with him. Earlier, he had stashed a bottle of peppermint schnapps. I had never tasted anything so good. I told him that I’d wait for him outside the high school doors.

The best part of this prom night was before the dance at a friend’s house where the girls were having their hair done.

“Well, since you’re going to be there tonight,” one of the moms said to me, “you can take pictures.”

With excitement in her voice, a teen spoke up, “You’re going to be there? Yeah!” Another girl quickly chimed in her delight.

This surprised and pleased me. As a Police Reserve Officer, I attended all of Juan and Crystel’s middle school dances, even when they didn’t go. I thoroughly enjoyed joshing with their friends. It warmed me that I continued to be welcomed.

I arrived at the dance fifteen minutes before it opened. This time I had no peppermint schnapps or alcohol of any kind. I walked through the front door, past the registration table.

When my date arrived, we had our picture taken under the balloon rainbow. For us there wasn’t any angst about what to wear or how our hair was done. Once the doors opened it was our job to observe and escort students who returned to their car to change into shoes that didn’t hurt. A few times my date and I circled the dance. On one of those rounds a student was being crowdsurfed.

Later, Crystel and her group of friends walked over to where I was sitting. I was near the exit, informing students that were leaving they wouldn’t be allowed back in to the dance. I leaned into the group and whispered, “Seems to me, it was more fun before the dance than the actual dance itself.” They expressed the same opinion. Picking outfits, getting hair done, pictures, and dinner at a friend’s house was more entertaining. They soon left for a sleepover.

For me, there would be no waking up the next morning with hives from poisoning myself with peppermint schnapps and I could scratch my first prom dance off my bucket list.