Back in 2014, I attended a lecture at the University of Minnesota’s Center for Spirituality and Healing. The speaker was Kelly McGonigal, an author and health psychologist who teaches The Science of Willpower, a popular Stanford University course.

According to McConigal, one of our biggest mistakes when making decisions is not picturing our future selves and how the decisions we make today will impact us in the years ahead.

That’s one reason why so many people put off doing things that could make a big difference in the decades to come: eating well, exercising regularly, maintaining friendships, saving for retirement and other actions that research has shown makes a big difference to quality of life as we age.

One way to set up your future self for success is by getting in touch with your hopes and dreams. I’ve been keeping a bucket list of mine for decades.

But because that list has gotten unwieldly—in large part because it now serves as a catch-all for everything from climbing Mount Kilimanjaro to taste-testing brandy Manhattans to building a cabin with my partner Steve to visiting the world’s most beautiful libraries—I also now keep an index card on which I’ve written just 10 things I want to accomplish in the next 10 years.

Even if I cross only one item off my index card every year for the next 10 years I’ll have a few accomplishments my future self will be able to look back on with pride as well as some experiences she can recall fondly.

Some years, I’ve called my future self into focus by giving her a name that had to do with one of my goals. One year, she was Author Artist. Shortly after, I signed a contract for my first book and become a real-life author.

I’m not the only one who uses names to bring the future into focus. On a recent episode of the Meditative Story podcast, music producer Larry Jackson shared a story about his work with Jennifer Hudson. On the day of their recording session, she arrived with two Pomeranians. One was named Oscar. The other Grammy. Admitting his cluelessness, Jackson asked her why she’d chosen those particular names.

Hudson’s response: “Well, I won an Oscar already and now we about to win a Grammy, ain’t we?” They did, and perhaps having two four-legged reminders of her future self-played a role in making that dream come true.

There are also other ways to call our future selves into focus. Journaling and dream boards are two common methods, but one of my favorites is by projecting yourself into the future.

One of my friend’s friends did that recently. She’s always dreamed of working for Spanx. So, one day, when in Atlanta for business, she spent an hour sitting in the Spanx lobby, picturing what it would be like one day if her future self really did work there.

Another tool that’s helped me get in touch with my future self is AgingBooth, a free face-aging app that lets you fast-forward your looks. Seeing what I might look like in 2050…when I’m 92…has helped me realize how much I’m looking forward to becoming my future self.

Will she be kinder? Still able to play 18 holes of golf. Eager to discover new authors? Finally rid of her bad habits.

What about you? How do you bring your future self into focus?

In the fall of 2007, our oldest son left for college. At 16, our younger son was still at home and a little dismayed about having our undivided attention. I had my marketing communications business (the Great Recession of 2008-2009 hadn’t dried up freelance work yet), but I was contemplating what the next stage might offer. Recently, while tossing old paper files, I found notes from 2007 about what I hoped my life would be like—a snapshot that surprised me. 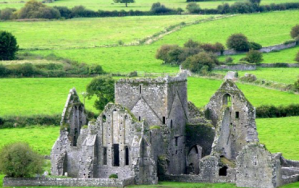 At 53, I figured I had 30 years of good health and maybe another 10 years of iffy health. It’s a little odd that I had signed up for a workshop centered around “What To Do with the Rest of Your Life” or some other dippy name. I’ve always made a lot of lists and had short-term goals like lose 5 pounds, exercise more, and write more, but my long-range goals have remained hazy. OK, the truth is that I’ve never had 5-year career plans or 5-year life plans. Mostly I’ve had vague directions and made up my life as I went along. However, with so many articles and books about the challenges of mid-life, empty nests, and retirement, I felt a pang of responsibility (like maybe I needed to act like a grownup and prepare a little), so I signed up.

The workshop focused on helping us identify our values, gifts, passions, and purpose so we could create “life maps.” The language of self-help tends to give me the vapors, but once I set aside my bad attitude, I saw that they were worthy questions, so I did my homework. Then I promptly forgot all about my life map until I recently rediscovered it.

What surprises me is that I’ve actually done so much of what I’d envisioned, especially considering my lack of focused planning. Maybe writing out my goals helped make them more real. Maybe my goals were so modest that it wouldn’t be a stretch to complete them. Either way, I’m pleased that I’ve used my time well.

I haven’t prepared a new life map and probably won’t. However, if pressed, I would say that my long-range plans include more of the same activities and maybe some grandchildren. 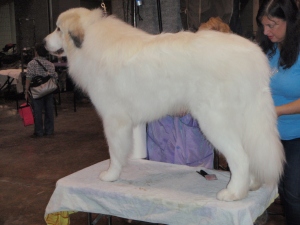 Many, many years ago I heard a person say, “Do what you want to do if it is neither illegal nor dangerous.” I embodied that message, and for me, a dog show falls in that category. I’ve always wanted to go to one. I don’t know why. This was one of those wants that wasn’t a high priority but was always there niggling in the back of my head.

When a family has so many options for weekend activities, a dog show could end up being too piddling of a niggle to ever come to fruition.

The funniest dog show our family has ever stumbled on was years ago at the Minnesota State Fair when we chanced upon an agility contest in the round barn. Agility is the ultimate game for a dog and its handler. I’ve always hoped that lucky accident would repeat itself, but it never happened again.

Jody has been interested in participating in dog agility shows. But, the closest we have come to being a contender is Jody teaching the dog to roll over and to shake hands. All my research shows that this does not make us a contender.

As you can tell already the ‘dog show sport’ only interests me as an observer and if I was ever going to get to a dog show, I would need to be purposeful.

I could take care of a niggling want once and for all!

More than 2,000 purebred canines – from big to small, hunting to herding, working and terrier, and even lap dogs – would compete for American Kennel Club (AKC) awards.

It sounded exciting. I probed the Internet to see if I could find the schedule so the day could actually be a planned outing.

A schedule was not to be found.

Still, I planned, I even dealt in a little subterfuge with Jody, and we kept our outing from Antonio and Crystel until we were on our way to St. Paul. The only thing they could get out of me was that it was spelled d. o. g.

Now that the event is over, I need to tell you that the excitement was not the dog show itself but our clandestine approach to the event, the traveling in the car to St. Paul, parking in the RiverCentre parking ramp, and cartwheeling our way to the show.

A dog show is one of those things that you don’t have to do again. I kept wanting a bit more. But, a bit more was not to be had. You could say that it was all fluff and prettiness. None of the dirt and grit that I love.

What was most interesting about the dog show is that I saw two other writers who were checking out the show. That’s who go to dog shows? Writers? I made the most of it and introduced  my family to Stephanie Wilbur Ash and Geoff Herbach. Every opportunity I have I point out to Antonio and Crystel that real people write books. “Can you believe it,” I said, “You are standing next to I’M WITH STUPID and STUPID FAST?”

This year, if your want isn’t illegal or dangerous, go for it! Just make sure you enjoy the ride. That might be your take-away.