I pulled the box of camping supplies from the rafters in the garage. Jody and I are veteran tent campers: Boundary Waters, New Zealand, Glacier National Park, Rocky Mountains, Itasca State Park and more. Crystel and a group of her friends were planning their first camping trip without adults over MEA weekend. 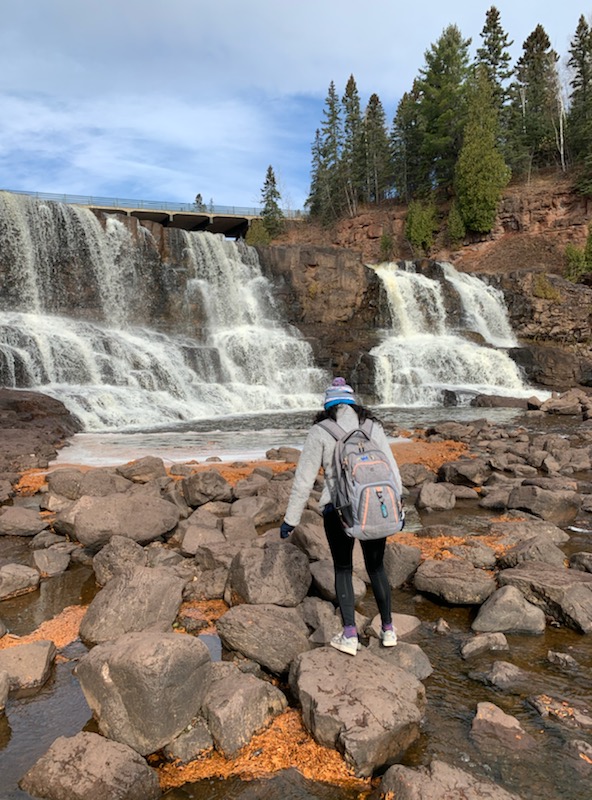 I asked her their destination. Pattison State Park south of Superior, Wisconsin. Situated on the Black River, the park contains Big Manitou Falls, the highest waterfall in Wisconsin. Besides the waterfalls, this park also featured Interfalls Lake, a beach and over 10 miles of trails for hiking.  The reviews of the park were excellent.

She wasn’t sure if the campground would have electricity or water.  “That would be important to know,” I told her. I pulled out my computer and started googling. Electricity was a definite No. Water could be shut off depending on the temperature.

“Maybe you should get a motel?” I said.

She looked at me horror-struck. “Ah, no.”

I was a bit proud of her. Wanting to go camping instead of staying in a motel. It would be exciting. I thought of my camping trips, cooking around the fire, being surrounded by nature, and dealing with the elements. It’s all part of the adventure.

A fusty smell rose from the storage box of camping supplies. As I began to sort, I started to wonder if I had anything of value left to pass on to her. More was going in the discard pile then the keep pile. It must have been over 20 years since Jody and I had tent camped in the Boundary Waters.

Unpacking the nesting pots and pans was like unwrapping a Christmas gift. I was delighted to pull each pot and pan out and marveled how items could become a plate or bowl depending on your need. After putting the set back together, I placed it next to the blue enamel coffee pot and matching enamel cups in the keep pile.

I was committed to setting Crystel and her friends up for success. Even though we had two camp stoves, I decided to make a quick trip to REI and purchase a new one. Being warm in a tent and having hot food would be essential. I picked a stove that had 2 adjustable burners with wind-blocking panels. Best of all it had a built-in igniter. No flame thrower needed. Even I could do it. 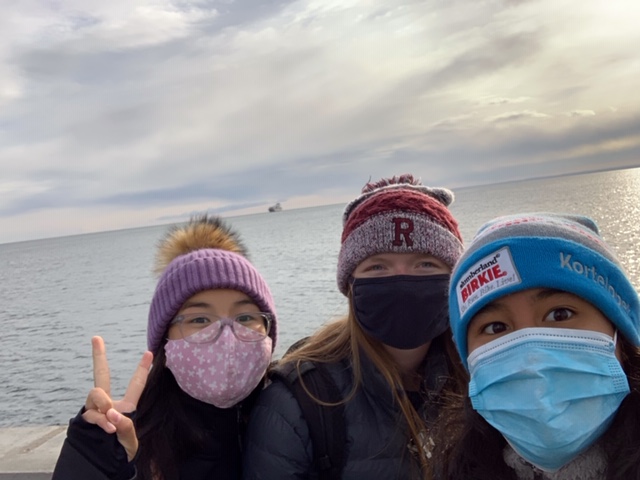 Meal ideas, flashlights, kerosene, tent, sleeping bags, mats – I continued to prepare for her trip. I did ask her at one point if I was helping too much.

“Nah,” she said. I think she was beginning to see my value.

Her camping trip plans regressed as hastily as the weather. Cold, below freezing, rain, snow, partial sun, cloudy. Her numbers dwindled. It would be her and two other girls.

During our tent and camp stove demonstration, I mentioned to the girls that they needed to keep their camp food stored in their car so the bears wouldn’t get it.

Was it that comment or other variables that changed their camping trip to a day trip? The next day, when Crystel told me of the new plans, I confess, I choked back a sob. Her adventure was no more.

Last week she said that maybe she and I could go camping up north by ourselves. Hmmm. It could happen. Our camping supplies are already sorted. We have all the equipment. And, a camp stove I can light. What better way to pass the torch?

4 thoughts on “Passing The Torch”