In her Wall Street Journal article, “The Tyranny of the Queen Bees” Peggy Drexler reports that a 2011 American Management Association survey of 1,000 working women found that 95% of them believed another woman at some point in their careers undermined them. Drexler cites a number of other surveys in which women bosses were bullies, and most of the time their targets were other women.

The Queen Bees’ favorite tactics are making snide remarks about another woman’s appearance, holding subordinates to unreasonably high standards, gossiping about them, and generally acting like high school mean girls. Various sources in the article theorize that Queen Bees bully because they are insecure and view up-and-coming women as threats. 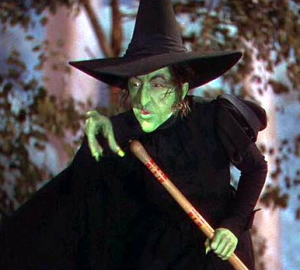 My first reaction was dismay. As a baby boom woman, I have vivid memories of the days when men often disrespected women in the workplace and discriminated against us. How could a woman who’d lived through workplace bias treat another woman so poorly? I expect middle-aged women to know and act better. And I HATE IT when women act out negative stereotypes (catty, bitchy, etc.) Not only is their bad behavior galling, but it also makes it harder for the rest of us to succeed.

But after some reflection, I realized that while I believe Queen Bees exist, and I’ve known people who have been hurt by them, I know far more women who are supportive of other women and willingly mentor younger women.

One friend was a senior leader at a Fortune 500 and she was an active part of a corporate women’s mentoring group. Another friend, a successful business owner, is very generous with her time and advice. In addition to mentoring professional women, she volunteers with organizations that reach out to younger women. My middle-aged coworkers and I are very willing to mentor.

What’s interesting is that the youngest women in the department (recent grads) seek out several of us for mentoring, while the women who have a little bit experience are fiercely independent and prefer to go their own way. Sometimes I have watched in horror as some of them do things the hardest way possible. But they don’t want advice, so I don’t antagonize them by offering any.

While I believe Queen Bees exist and can wreak havoc, I think generous, supportive women outnumber them. The dynamics of women in the workplace are as varied and complex as women are themselves.

What’s your experience as a mentor or mentee?  Have you ever dealt with a Queen Bee?

5 thoughts on “Beware of the Queen Bee”